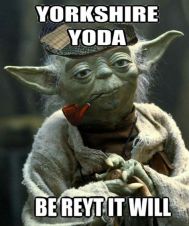 This year I didn’t bother with putting out my now ‘traditional’ Christmas Bah Humbug Blog. Too busy, couldn’t be arsed or, nobody really cares anyway… perm any one from three!

In previous years I’ve usually done a Christmas Message blog. Not from a position of conceited self-importance, or from any burning desire to be seen as an ‘important’ philosopher. No, my Christmas Messages have always simply been a brief collection of personal seasonal thoughts.

Have you ever considered that tolerance, respect, understanding and empathy aren't just the colours on some tacky #Christmas jumper, to be worn for a couple of days then tossed into your bottom drawer until next year? No? Thought not!🤨 pic.twitter.com/oVCotAfNie

Tis the season to be jolly.🎶🎵🎶🎄
Peace and goodwill to all🙏☯️
Unless you're one of those self-promoting #socialmedia trolls it would seem? 🤨
And people wonder why I dislike the hypocrisy of #Christmas pic.twitter.com/t836JoG9QG

‘Brexit, for real this time’. The latest issue of National Review (@NRO) includes this piece from me on the recent British election. https://t.co/wQlCWcq42U

As the above article points out, and I tend to agree; the political ‘establishment’ has “spent three and a half years doing everything they could to prevent the implementation of the 2016 EU Referendum vote from being implemented.

Brexit, for Real This Time:Over the last three and a half years, the British political class — and the wider culture — tore itself apart over the issue of Brexit. (read more)

In 2019 the political discourse was consumed with the #Brexit debacle. Something that continued without pause throughout the year. Both before after the subsequent General Election, our media channels were full of vitriolic partisan battles day and night, and on a daily basis.

For another year, the Brexit issue has consumed the nation, almost to the total exclusion of everything else that was and still is important. Issues like; record drug-related deaths, the record numbers of homeless people, our NHS in crisis, a continuing prisons crisis, the increasing mental-health service crisis, more child poverty, an increasingly violent crime epidemic and our broken and failing criminal justice system, to name but a few.

But 2019 was also sadly another one of those years that was full of anger, hatred and intolerance, particularly on social-media forums. Will it ever stop?

Personal preferences around religion, sexuality and politics are just that… 'personal' so, why do so many individuals feel the need to 'forcefully' shove their beliefs in the faces of other people? #JustAsking #GenuineQuestion

If anything, intolerance, disrespect and anger have, in my opinion, been even more prevalent during the past year. It’s as if somebody opened the last door of their 2018 advent calendar and unleashed a plague of screaming banshees and vitriolic trolls. During the last year social-media has been overrun with nasty emboldened keyboard warriors, running amok across many platforms during 2019. Stop it!

The Metro review (above) suggests that we have seen a “decade of terror and tragedy”, something that we can only hope sees a decline in the next decade. I for one hope this doesn’t continue in the same vein. This continuous vitriolic discourse is destroying our society and we all need to call it out, at every opportunity!

😐Is it January yet?🔍😏 pic.twitter.com/LKBllbXf5h

I can only wish that 2020 brings the beginning of some positive change but sadly, I’m not going to risk holding my breath. I just hope that this next new year provides the happiness that we all desire and deserve. With tolerance we can all embrace and value our differences together. Our society is stronger when we pull together, rather than fighting in silos for our own self-interest.