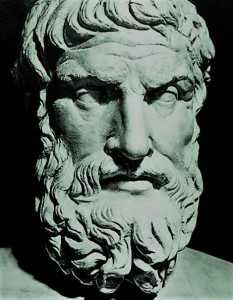 Most of my regular readership will know by now, or will have come to realise, I’m a bit of a Stoic. I believe in the worth of applying some Stoicism to the situations and events in our often difficult and problematic lives…

In my opinion, it’s a rather SMART way to think about things and about our life in general. Particularly when you are considering those types of events and issues which present you with any difficulty.

Often, when trying to understand and/or address these situations, we don’t see any way forward… but often there is, even if we don’t actually see one in the fog of the circumstances we are experiencing.

Our thoughts, feelings and subsequent behaviours often find their roots in the way we perceive things to be. That can be problematic, especially when our thought process is based in any irrational beliefs, illogical thoughts or misconceptions about those events and issues that we face. Thoughts that often come from illogical perspectives or, blind adherence to the common expectations of others. Or, have perhaps (but often) come from ingrained beliefs held by our ‘friends’ or within our wider social group. But, are these thoughts always helpful thoughts? The simple answer is No!

Stoicism is a philosophy developed by Zeno of Citium, an eminent Hellenistic philosopher of Phoenician origin, around 300 BC. Like all philosophers, Zeno studies examined the fundamental nature of knowledge, reality, and existence, something that is seen as an academic discipline.

Stoicism teaches the development of self-control and how we can gain courage whilst experiencing adversity or enduring pain. Notably, it was practised by Epictetus (a born slave who became a famous philosopher), Seneca (a statesman and dramatist) and Marcus Aurelius (a Roman Emperor).

Put simply, the three important components of Stoicism are… logic, physics, and ethics. The Greeks espoused a great deal about their primary ethical goal which was… the attainment of value. The Roman Stoics expanded on this and added a second goal, which was the attainment of tranquillity.

Probably without many exceptions, most of us are constantly looking for ‘value’ in our lives. We want to be valuable to those who matter to us, our partners, family and friends. We like to find our place of ‘value’ within the home, our workplace, our community and wider society and finally… we should also posses self-value. It’s satisfying and pleasurable if we can manage to achieve this ‘value’ peacefully, in a way that also provides us with contentment.

All of the above form constituent building-blocks for the self-actualisation life process; a psychological understanding raised to prominence by Abraham Maslow and based within his so-called Hierarchy of Needs.

Although Stoicism was a common and more prevalent trait in Ancient Greece and Ancient Rome, it crumbled away (at least in part) over the annals of time. Stoicism always held a a valued place in academia however; in today’s increasingly mixed-up and problematic world, perhaps personal Stoic development can help us all make a little more sense of the mess we are currently living amongst?.

Today, more than ever before (arguably), we are living in a world where many of us struggle to understand immense topics like global-warming, increasing poverty, violent criminality and the ongoing wars. We live in a time where we are frustrated (and angry) about the political and commercial directions of those individuals and entities who are tasked with the management and control of the world we live in.

When you think about it, there is hardly any wonder that more and more people are frantically and anxiously searching for their personal ‘meaning of life‘ – and hopefully, find some answers and solace for some very difficult questions.

What with the social malaise above and that ingrained confusion about our own self-worth, which comes from living under the media manipulated cloud of divisive social confusion, what hope have we? In today’s crazy world, perhaps we have the breading ground for some renewed interest in Stoic philosophy. Both in general terms but also, particularly when that interest is related to Stoicism in our own lives. An interest that appears now to be coming from quarters outside the realms of academia.

The principle of Stoic philosophy, similar to that of Buddhism is to; show complete equanimity in the face of adversity. The four virtues of Stoicism are wisdom, justice, courage and temperance. I’m not specifically talking about drinking or even the use of any illicit substance here (although that’s relevant), I’m actually referring to that process of self-control and using our power of choice. Here temperance is subdivided into self-control, discipline and modesty.

Stoicism can help us tackle anxiety, fury and loss of perspective, and realise that we actually need very little to help us enjoy a happy and contented life (see The Stoics). In short, as Prof Massimo Pigliucci PhD espoused during his TEDx talk in Athens (below)… Stoicism is a philosophy for an ordinary life!

The Stoicism in SMART

Perhaps my original question should have been – “How Stoic is SMART?”Rather than “How SMART is Stoicism?” In my opinion, it’s probably one of those age-old Chicken & Egg philosophical dilemmas, irrespective of any hierarchy due to the clear passage of time.

Many of our behaviours are influenced by the way we see our world. As with addictive behaviours themselves, our thinking can also become automatic and problematic. Our habitual thoughts can leave us feeling and experiencing additional emotional discomfort; which again drives the search for solace and/or escapism… for many people. Making changes to how we actually think about things can (and does) change how we choose to react to those events and issues.

The way we choose to think about many issues and life events, especially when you are impacted by any problematic addictive behaviour, can also create additional and negative impacts. It’s often something of a spiralling problem, one that can end up being seen as totally insurmountable, for those people who are searching for recovery from their past addictive behaviour. What if we could work towards changing how we think about (and react to) our problems?

You can. Despite possibly having found foundations in hedonism (for some); many people’s addictions and behaviours actually find their roots in escapism – from emotional and/or physical pain. That desire to find a diversion, from the original thoughts that lead to the pain, is understandable but; if we change how we think, perhaps we don’t need to escape from the difficult stuff.

People tend to look for a crutch to help them deal with difficult issues, or even a chemical cosh to provide an all be it temporary black-out from their problems however; if we think differently about stuff that we see as problematic, we become more able to rationalise those issues… and begin to find ways to no longer see them as problems. Often, the thing that was previously  difficult and/or painful for us to deal with, becomes less problematic or even, disappears completely.

There are many similarities between SMART Recovery and the Ancient Greek Philosophy of Stoicism, especially with the suggestion; we should all try to apply some ‘unconditional acceptance’ to our lives.

Irrespective of all the science, REBT also suggests that people on that difficult pathway towards recovery, from any addictive behaviours, can also benefit from applying some Greek Philosophy – rather than guidance from any particular deity – during that journey. One of the first and important thought processes in getting to a happier and more healthy place in our life is to always remember; we can’t always control/change every situation! 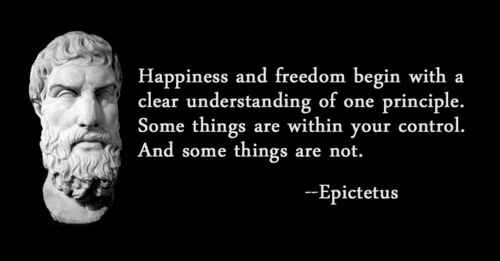 Epictetus, the Ancient Greek Stoic philosopher wrote; “People are disturbed not by things but by their view of things.” People tend to exaggerate their thoughts about events in their lives. These thinking ‘errors’ can, in turn, influence how they feel. All of which forms the underlying principles of REBT;

Unconditional acceptance simply means that we accept the world as we find it, rather than fooling ourselves with unrealistic or irrational beliefs or demands, that our world should be any different than it is. However, this doesn’t mean that we shouldn’t work to change things, to try and make the world we live our life in better. REBT simply suggests that we always try to start from a realistic and more rational assessment of the issues that we are facing.

The methods in REBT, arguably the inaugural form of CBT and subsequently the effective foundations of SMART, provide people with tools to make rational sense of the issues they face in life, not just addictive behaviours.

The process of changing how you think, and how you subsequently behave, is relatively easy for many people, once they get their head around the principles. Despite people often saying – “It’s All Greek To Me!” – they can and do feel able to change their previously unhelpful thoughts and feelings, that resulted in their problematic behaviours.

The SMART process is also reminiscent of many Stoic teachings and the philosophy of Stoicism, in many respects. If you’re having issues with problematic thoughts, feelings or behaviours why not – Try Developing SMART Stoicism for Living a Healthier Life!

Notification of Interests: The author of this blog is employed by UK SMART Recovery as a National Coordinator however; the content of this post contains personal observations and opinions, which aren’t necessarily representative of the views and organisational position of that particular business entity.