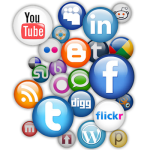 Less than a week into 2019 and social-media is full of opinionated debate from people banging on about the rights and wrongs of the Dry January campaign.

I suppose that’s mostly to be expected after all; a great deal of today’s public opinion, often devoid of any fact or science based argument, is mostly driven by social-media – “it said so on Facebook so it must be correct” – and / or the mainstream media machine that’s renowned for inflating polarity in public viewpoints.

The two prominent factors that most hang their particular line of argument upon are; a) the impacts of alcohol on health and b) the financial advantages/disadvantages for our economy that come from the consumption of alcohol.

There are also many other factors attached to how our society sees the relationship we have with alcohol in the UK. But many of those issues causing angst often don’t specifically relate to the quantity or regularity of alcohol consumption in our society.

Regardless of what does or doesn’t constitute ‘safe’ drinking limits, assuming there is such a thing (which is also open to debate), this perpetual polar divide is unhelpful. Despite any individual and societal implications attached to opinion, trying to promote effective Harm Reduction strategy will always be fraught with problems, not least when the impacts of commercial interest come into play within the debate. I have to say the media often compound most if not all of these negative factors.

I was however pleasantly surprised by The Morning Advertiser‘s recent reporting on Dry January issues. You would expect some overt bias and commercial interest from the Publican’s trade journal but no, balanced reporting was clearly evident;

And all that before indignant Billy Blogs (AKA Mr Angry) is able to fall from his beer stained bar stool vociferously complaining about; “yet another outrageous intervention by the Nanny State, a Govt that are conspiring to spoil my drinking!”

But is that really what Dry January is all about?

Alcohol Change UK, who promote Dry January, are simply working to “end the serious harm caused by alcohol” and not, as many people believe (thanks to the press) trying to stop people having fun. and is that so wrong?

Alcohol is a part of many of our lives. We use it for celebration, for comfort, to socialise, to wind down, to cope. We treat it differently to other drugs; it’s legal, socially acceptable, even encouraged. Yet in the UK one person every hour dies as a result of alcohol. Alcohol harm – mental health problems, liver disease, one of seven forms of cancer, economic difficulties, and so much more – can affect any one of us, from any walk of life. (Alcohol Change UK)

So why is it so wrong to provide information and facts that are designed to help people make informed non-binary decisions about drinking?

Could it be that some people (possibly many) don’t actually want to hear about any of the negative facts involved in the choices they make to drink? Just in case they’re persuaded, on the off chance you understand, to change their opinion and make a different choice?

If they do, Alcohol Change has done what they set out to do… help people make informed choice. It’s actually the emotive media machine that has a mischievous tendency to turn most issues into polar debates of right or wrong. It’s a process that provides the clicks that in-turn provide greater revenue income. That’s an ever more important commercial consideration, especially during what are probably the twilight years of most ailing mainstream media publications.

The drink or don’t drink argument is just the same. It’s a question that will only have an answer when it’s devoid of polar opposites of opinion; assuming we genuinely want to help people make initial mostly non-binary harm reduction decisions. To stop drinking for one month is a personal choice, one that may or may not be extended or repeated in the future, which is also a choice. That IS your choice.

By following media contrived conclusions you are doing what any nanny state should never be allowed to do… make money from your thoughts and control your personal choice!