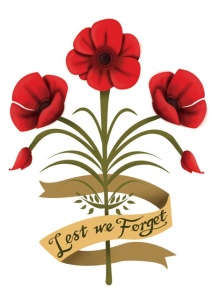 It’s that time of year again. The time when military veterans join with their proud but now fragile old service colleagues, cobwebbed and crusty old men and woman to whom we as a nation owe an immense debt of gratitude. Men and women of past global conflicts during two world wars. The people who often still to this day, carry the wounds, pains and emotions of man’s inability to exist in harmony with each other.

As they all pick the fluff from their beret, press their trousers, polish their shoes and buff-up their medals and prepare to join their brothers and sisters up and down the land, they remember fallen and injured comrades. These are the significant group of people in society who were prepared to give their all in protection of their country’s values.

But, with each passing year since the end of the second World War, increasing numbers of people ask why… what really is the point of all this? Why do people want to ‘celebrate’ conflict? Why would anyone consider that the glorification of killing another human being was a correct response to that historical human failure? In many respects those types of questions are actually valid and pertinent.

So many lost lives and such terrible impacts upon society. And all this before you even start to consider any of the hindsight claims about elements of those previous wars being ill-considered, inappropriate or illegal. With each passing year our society seems to develop ever greater numbers of remembrance critics.

Irrespective of the increasing number of naysayers, the act of remembrance is probably more appropriate now than ever before. As the orange bad hair day Mayor of Trumpton and ‘Little Rocket Man’ exchange puerile insults in their juvenile playground of  world politics and global commerce, we should remember. We have arrived once again at a point where world leaders are sparring with our lives. Squaring up to each other in vain attempts to quantify their mistaken self-worth. To enforce control over what is in their mind an insignificant populous, these small people and too many more just like them, are prepared to risk world Armageddon.

In addition to all the playground spats between world leaders, we have an increasing number of extreme and violent organisations prepared to do whatever it takes to drive forward the imposition of polar opposed agendas. And all this before you even start to consider the annual political hijack of remembrance by various subversive and insidious groups. The now annual red V white poppy debacle is a case in point, where politics impacts upon our need for remembrance. I’ll let my old pub debate mucker, Tam McKee (late Queen’s Own Highlanders) explain;

The Poppy outrage has started already. Do people really not learn from previous years? There is no controversy.

But the red poppy and the act of remembrance is not just about two world wars. The poppy represents so much more and perhaps, as the Royal British Legion rightly pointed out this year, it really is time to #RethinkRemembrance ?

It’s bad enough that the (predominantly) younger demographic in our society find it difficult to engage in and/or understand remembrance, albeit partly expected. Why should crusty history hold any interest for them? After all, it’s arguably the older end of our society that is shafting their expectations for life. It’s the ‘old’ people who are saying (and voting) that things were better before. In the good old days when we controlled our destiny and owned a national identity, free from the hindrance of non elected bureaucrats in some far off crystal and ivory tower of self-interest driven by greed and commercialism.

But although a feeling of national identity and pride in their past heritage is a significant driving force for much of that opinion, one that has been trounced by successive governments as politically incorrect and insufficiently inclusive for the needs of a diverse society, it is also a root cause of many separatist desires. For too long political leaders have feathered their own nests on the backs of denigrating the desires and requirements of the societies that elected them. Decades of political behaviours driven by financial gains for a few, at the social expense of the many, have created our disjointed country.

Thankfully there are a few of that younger demographic who can see beyond the age against youth arguments. Rightly, they are able to display thoughts, knowledge and pride in their country, based around an understanding of historical events in our sometimes unsavoury past.

Meet Ben Taylor, a proud Yorkshireman who serves his country in the Royal Navy. Ben is an avid and capable Rugby player and Captain of his service national team but he is also an excellent wordsmith. Irrespective of your grasp of Yorkshire dialect, Ben who is still a young lad, has an ability to see past political rhetoric and the angst of a disengaged youth. He is also far more able than many of his peers when it comes to expressing what remembrance is all about (see YouTube clip below).

So, at the 11th hour of the 11th day in the 11th month stop to think. Take some time to consider what the act of remembrance is about and what it should mean. Take a moment to think what you and the rest of us would want our world to look like for now and for future generations.

Bury your hatchet of self-interest, jealousy, separatism or hatred. Distance yourself from often understandable feelings of frustration and anger and perhaps even some guilt but think. What is it that you can do to make our world a better place for all it’s inhabitants? It may be that you think and believe there is nothing that you can do as an individual but you are wrong.

Nobody is suggesting that you have to take up arms and lay down your life for your country, too many have already made that sacrifice in the past… for what they believed in (rightly or wrongly) at the time. Remembrance is not a celebration of global conflict or military campaigns and achievements on battlefields in years gone by. The act of remembrance is and should be about, taking the time and effort to ensure you are doing all you possibly can to promote and deliver love and respect for others. To work tirelessly for the safety of our world and your fellow human beings… Lest we forget!