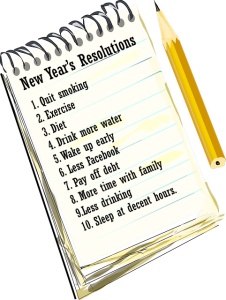 So it’s nearly here… as many get set to dive into yet another set of Hogmanay celebrations I have to wonder; how many New Year’s Resolutions from the start of 2016 were actually realised or came to fruition?

Each New Year we make resolutions to ourselves in an attempt to be better people in the year ahead. International statesmen and women offer promises to their nation’s population about how they will treat their people, and what impacts they intend to have on the rest of the world. Just like the fad diet after the seasonal excesses, a long-standing desire to quit smoking or the sudden desire to cut back on the booze after the predictable New Year’s day hangover from hell, most of these resolutions and promises end up being hollow.

Most of us want to change something about us our life in some way, it’s why we go through this annual farce. In the case of the heads of state it’s slightly different. Most of what they say in their speeches is simply delivered for PR purposes. An annual warm breeze of politically contrived sunshine laden zephyrs, blown up our backsides in an attempt to galvanise public support or at the very least, a poor effort to disguise the failings of the previous twelve months and provide platitudes. It’s another good reason for my annual humbug address! 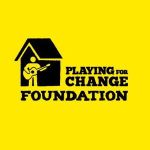 I’m one of those people who has always enjoyed music, it’s more than just a noise in the background for me, it’s also very therapeutic. I’ve blogged on the topic often (see example) however; it’s probably because I also understand and believe in the ‘power’ music can provide for people.

It’s also one of the reasons why I’ve been behind the concept of Playing For Change ever since I first came across the movement, one that was created to inspire and connect the world through music (see video intro below).

Born from a common belief that music has the power to break down boundaries and overcome distances between people, Playing For Change is a true example that no matter how many things in life divide us, they are never as strong as the things that bring us together. Using the universal language of music, Playing For Change is for the people and endeavors to unite humanity, one heart and one song at a time.

We all posses the power to make choices about how we choose to live our life. Hopefully the choices we make also develop the changes we want to see in ourselves and desire for those around us. That little change in us can and often does have a far wider impact than we ever intended or expected. You only have to look at the ongoing story of the Playing for Change Foundation to see how something so small is now so big and benefiting so many.

It’s just a little sad that so often, too many of us don’t actually follow through on these little promises we make each year. If we can’t stick to the words we have in our heads, how can we expect others to believe them when we speak them out loud?

I don’t expect for one minute that any resolution you might make is going to change the world, at least not immediately. I’m not telling you that your choice of music will change the way you see the world, although it could. All I am saying is, if you’re intending to make a New Year Resolution, for yourself or for those others around you remember; the promises that you make are designed to help you achieve the outcomes and changes you want to see… don’t make that commitment lightly!

One thought on “New Year: our Annual Time for Change”