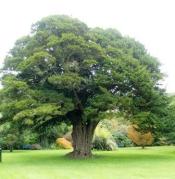 Since the Jimmy Savile sexual abuse scandal first broke surface, there has been a malaise of high-profile ‘celebrity’ arrests and subsequent legal proceedings, mostly as a direct result of similar sexual offence allegations.

Are we to believe that our entertainment industry (or indeed our society) is actually riddled with sexual predators and paedophilia? In addition to this, could there also be some other very important and just as worrying issues involved here?

I’m sure that if the media had its way, they would have us all believe that we are a nation of sex pests and kiddy fiddlers – perhaps they’re succeeding?

Don’t get me wrong, I find such offences just as abhorrent as any other right-minded person would. I also want to see the public protected from such offenders indeed, I spent thirty years of my life involved in that protection process. The issue I have with all this is; the public generally have a perception of (any) crime that is usually vastly exaggerated from reality. A perception that is often and mostly inflated by the media.

The same media who would also suggest, probably thanks to their concerted efforts, that our police and the Crown Prosecution Service (CPS) now take these types of ‘abuse’ allegations “far more seriously” than was previously the case. That is only partly correct. Yes the police and CJS are probably more victim orientated than was perhaps previously the case however; the cynic in me (and many others) also believe there are several other factors involved here.

The Crown Prosecution Service (CPS) is committed to strengthening the prosecution process and bringing offenders to justice fairly, firmly and effectively…(cps.gov.uk)

One major problem, mostly prevalent since CPS inception, has been the fact that prosecution policies are based around targets; financial considerations, the overall likelihood of securing a conviction and the strange one…public interest. In my opinion no part of our Criminal Justice System (CJS) should either want or be expected to operate under any of these conditions.

Prior to the Savile scandal and subsequent Crisis at the BBC, the ex Glam Rock star, now a legally convicted paedophile, Garry Glitter (also an Op. Yewtree subject), appeared to be the main focus of media attention. As Glitter bounced around the world trying to hide from or further his disgusting habits, mostly within the continent of Asia, he must have exhaled a massive sigh of relief when the ‘Savile story’ broke. At last the media had someone/something else to sink their teeth into.

With our media’s predilection for anything remotely salacious, coupled with a methodology of supposition and opinionated reporting, can anyone (especially ‘celebrities’ and public figures) be able to expect a fair trial any more? It is for our Law Courts to be the judges of guilt and them alone, is it not?

These concerns not without standing, many prosecution decisions can also be (and are) too often influenced by the power of our media machine, igniting and fuelling that ‘public interest’ factor. A sad fact is that, a large proportion of our society rarely seem to have any opinion on many things, at least not until the media tell them they should have one!

Despite the overall raison d’être of the CPS and this seemingly ‘new-found’ direction being a laudable and worthwhile ethic, perhaps it is now also suffering from scoring some monumental own goals?

Former BBC DJ Dave Lee Travis said he had been through “a year and a half of hell”, after he was cleared of 12 counts of indecent assault…(bbc.co.uk)

There are strong suggestions that the Op. Yewtree investigation team, along with the CPS, may well have made several of their decisions based solely around rebuilding public trust in their capability, the overall ‘success’ rate of our CJS and with (undue) consideration for the undoubted pressure applied by our media. But last week another connected, but non Yewtree specific case, was also thrown out of court.

William Roache: Coronation Street star found not guilty of all sexual abuse charges – The 81-year-old has been cleared of two counts of rape and four of sexual assault following a four-week trial at Preston Crown Court…(independent.co.uk)

It appears that most of these alleged offences came from decades ago (so far). It also appears that, despite the belief and direction of the CPS, the ‘evidence’ simply hasn’t been strong enough to secure convictions. But that’s ok, isn’t it? A balanced judicial process has been applied, hasn’t it? Or, perhaps Operation Yewtree has actually been hoisted by its own petard?

Both the men above have always insisted they were not guilty and now the juries involved in these cases have agreed. However, these subsequent outcomes won’t remove any of the psychological and reputational damage caused to any of those involved here. The ‘victims’ in these cases are not only the ‘accusers’ but also, the alleged ‘offenders’ who have now been acquitted.

Bill Roache’s trial has proved more than just his innocence. It’s also proved that the noble concept upon which our legal system is built – innocent until proven guilty – is now dead in the water…(mirror.co.uk)

The Mirror comment (above) is worryingly not made without substance, despite it being rather rich coming from our Tabloid Press. The same individuals and organisations who are probably the major exponents of assumption of guilt, prior to any ‘evidence’ being heard in court proceedings. How can it be right that our ‘media machine’ can set itself up as Judge Jury and Executioner and then, after the main event but just as quickly, suddenly become the long-lost friend of the ‘wrongly’ accused?

After the court case involving Dave Lee Travis he alluded to the “year and a half of hell” that he and his family had just been through. He also said “I’m not over the moon about any of this today. I don’t feel like there’s a victory in any way, shape or form.” He is right.

He went on to comment on how he felt as if he’d been involved in “two separate trials, one by media and one in Crown Court” and he much prefered the Crown Court process. Last week, Bill Roache was quoted comments in a similar vein, after the results of his court case. Within hours of this latest court result, media outlets who had previously hung DLT ‘out to dry’ were suggesting ‘the system’ had failed him. They can’t have it both bloody ways, surely not? Can they?

I’m no great fan of legal proceedings being held in-camera, except in certain major situations impacting upon National Security or, perhaps even the safety of a third-party. To do so actually impedes the understanding of, and public trust in, a legal system to be proud of in an open and democratic society.

That said, perhaps it is also getting close to the point where suspected offenders should be allowed anonymity, similar to that afforded to accusers in such cases? Either that or a more robust application of existing (or new) legislation? Laws which are designed to protect the course of legal process and importantly, those individuals involved in those proceedings. Protection from the negative impacts of a salacious, mischievous and opinionated media machine.

Should that come to fruition, you could bet your bottom dollar that our press would immediately throw their notebooks and cameras in the air screaming about some secretive foul injustice. Despite the fact that we, the public, are the ones that pay for and soak up their crap, they can’t avoid blame for the situation. It would be as a direct result of their methodology, manipulation of public opinion and their negative impacts upon a stable and (mostly) adequate Criminal Justice System!

A large proportion of the post Savile investigations have been, just as much about a face-saving exercise, as they have about ‘justice’ for victims. Yewtree can be seen as overt public penance for systemic failings in the past, a PR opportunity that struck cords for many elements of the CJS, not least the police. Yewtree, like today’s politicians apologising for events in history, sometimes hundreds of years ago, was also Political Correctness gone mad.

Mostly, our society has thankfully moved on a pace, but not always in the right direction. We are hopefully more understanding, tolerant and informed than was once the case. What was once ‘normal’ is now no longer acceptable decades later and vice versa. Tactile and overt displays of affection and friendship were once considered the norm, especially within but not exclusive to, the ‘lovey’ world of show business.

But consider this question; would it be right to ‘judge’ the now well-known homosexuality of Oscar Wilde and Quentin Crisp by today’s standards? These individuals were high-profile ‘celebrities’ who at that time, participated in acts and lifestyles that despite being abhorrent (and actually illegal) then, are now rightly totally acceptable.

I know this example of circumstances is the reverse of the Yewtree situation however; has our society sought to castigate or criticise deceased gay people, who can’t answer for themselves? Or heaven forbid, have the CJS brought charges against people still living, who were practicing homosexuals prior to the Wolfenden Report or Sexual Offences Act 1967?

The trial which has ended in Dave Lee Travis’s acquittal on the majority of charges of sexual misconduct that he faced has provided an object lesson in the limits of the judicial system to contend with questions which cover changing moral and social attitudes, as well as solid standards of proof that a court can or should accept…(independent.co.uk)

I have absolutely no desire to detract from any of the ‘traumatic’ situations that some people may have found themselves in the past, real or perceived. But come on, is it right or realistic to judge the events of yesterday by today’s standards? An important and relevent factor highlighted within and after the Dave Lee Travis trial.